Apparently this will be the hottest day of the year so far. Just a few weeks ago I was walking the river banks looking at a torrent of muddy water, now it’s clear and at a height that is inviting me in. The temperature might get to the mid-twenties today, but the water still feels cold and it’s a reminder that we are only just past the middle of April.

I’m still exploring and around each bend is something new. I realise that I don’t know which river bank I should be on for the coming bit of water and I have to back track several times and cross over. What a fantastic place to be on a learning curve! 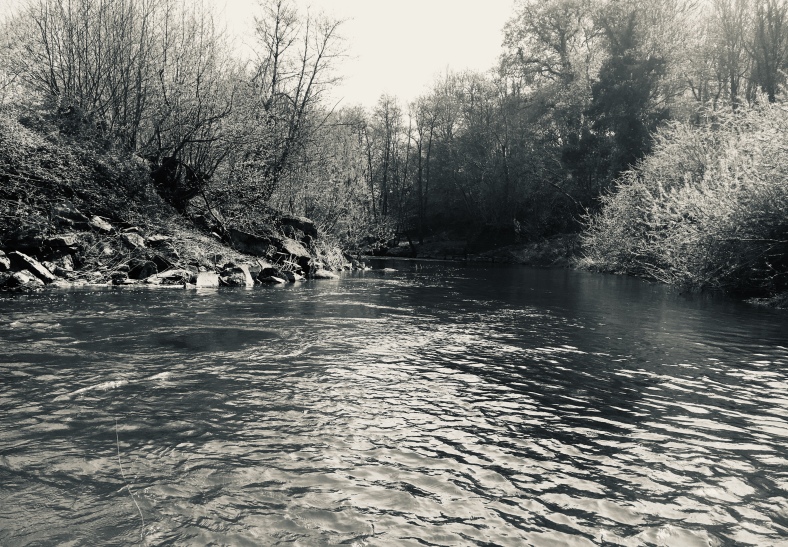 I catch five trout and a grayling, but what marks the day is that I have my first trout of the season on a dry.

In one of the nicest looking pools I see one of only two rises all day. I take off the small klink and micro nymph that has caught me a couple so far and tie on a little F fly. I’ve only seen a handful of flies coming off in two hours on the river. When I don’t know what fish are feeding on, I often find the F fly to be one of the best in my box.

I’m not going to be able to get my preferred 45 degree angle on the fish. It’s going to be more straight across. I am able to get pretty close though so I’m hoping I can hold the line off the faster water that’s between me and glory. My cast is on the money and I can control the drift, but I’m soon past the point where I expect a take. I’m just about to lift off when the fly disappears in a swirl and I’m in.

It’s a jumper! Three times I’m treated to an aerobatic display and then it’s over quickly as he runs straight at the net. A very respectable 15″ brownie. 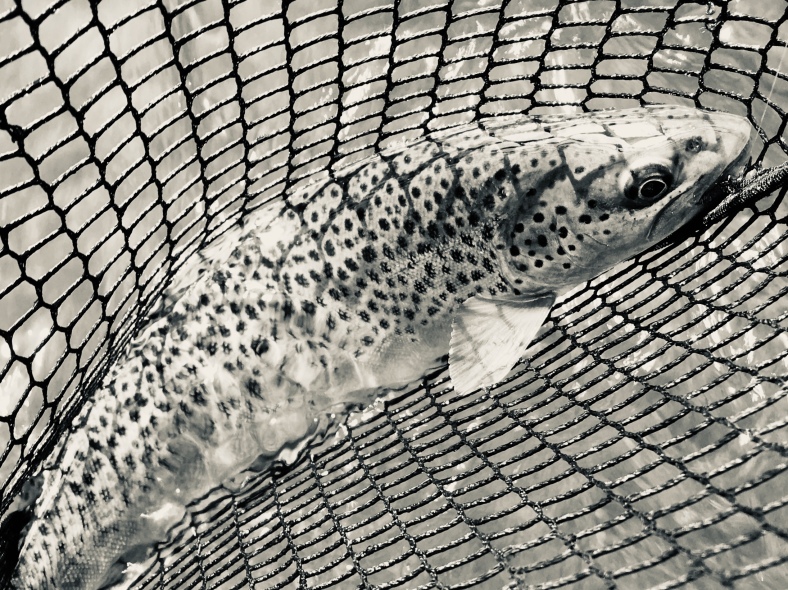 I cover one more rise an hour later but I don’t see that fish again.

A nice grayling at around 13″ takes a small hares ear and I mange four juvenile trout to the same fly. I’d trade them all for the one on the dry though.

I twist my knee slightly, slipping off a boulder. Very minor, but it’s the excuse I need to pack it in. I want to get home in time for a drink or two in the garden before the sun disappears over the hill. I don’t celebrate Easter, but I’ll raise my glass to a damn good Friday. 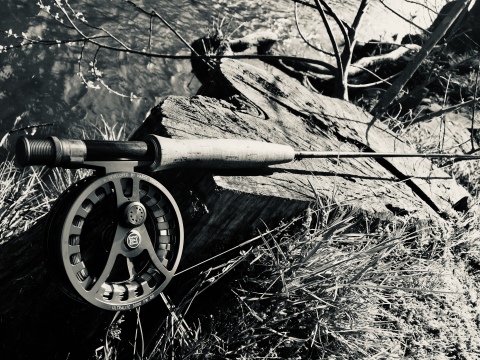 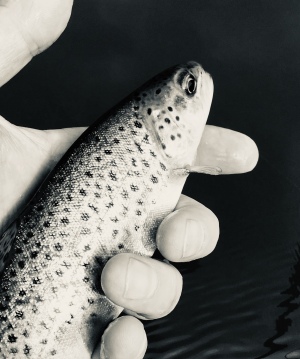 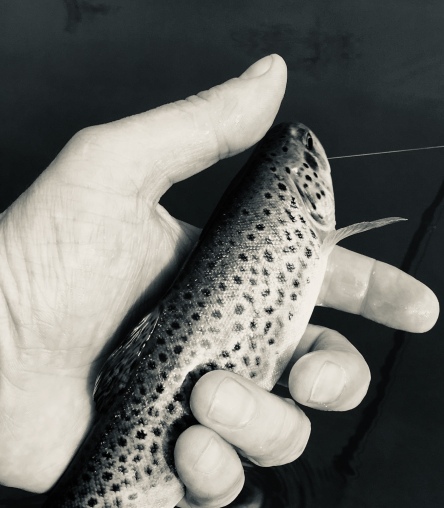 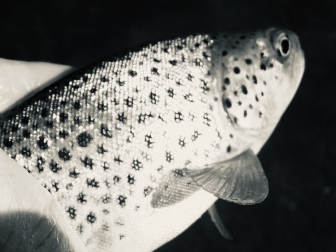 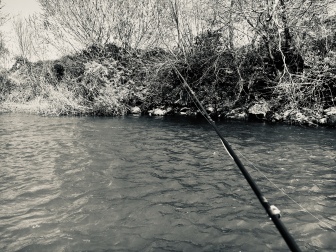