An early morning walk with the dogs persuades me to spend the afternoon on the river. Just ten minutes trying to keep up with them in the woods and I wish I’d left the light jacket in the car. I’m hot.

Actually it’s never me I have to persuade. I casually ask if we’ve anything planned for later. “No” she says.  I search for my best nonchalant tone, “I think I’ll spend a few hours fishing…OK with you?” 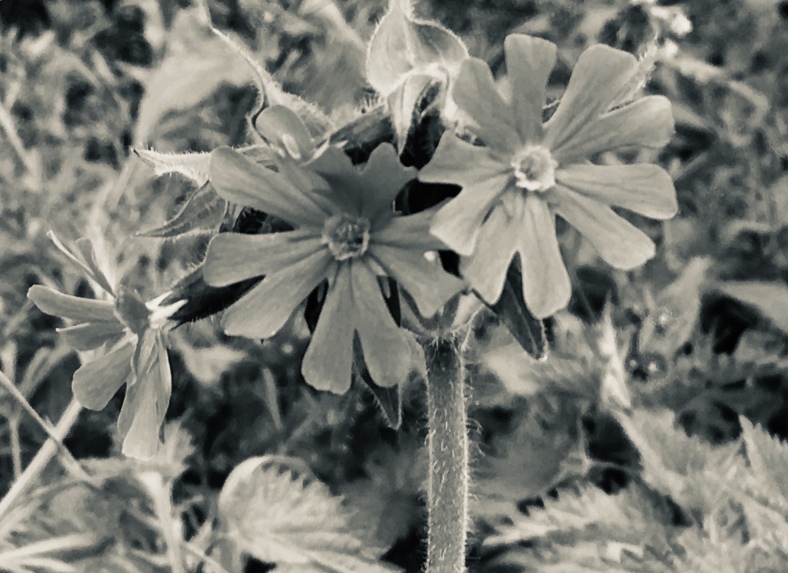 It’s still warm and sunny as I park up and slide down to the water. With the bluebells on the way out, the red campion are dotted all along the bank side. It’s the sort of landscape someone wants to paint. Despite the doom and gloom about the state of our wild bird population, the few remaining are doing their best to make up for all their friends departed.

I’ve only caught one fish on a dry fly this season so I leave the nymphs in the car and take a couple of small dry fly boxes with me. I’ve been known to start nymphing to save a blank so I’m taking away the temptation.

At the first promising pool I sit and watch. It’s a few minutes before I see a small rise, quickly followed by another. I think they are small grayling but I can’t be sure. There is a steady trickle of flies coming off. Some brook duns for certain and what I think is a pale watery but I’m not sure. I also see a few yellow may duns float past but I’m the only one showing interest in them. 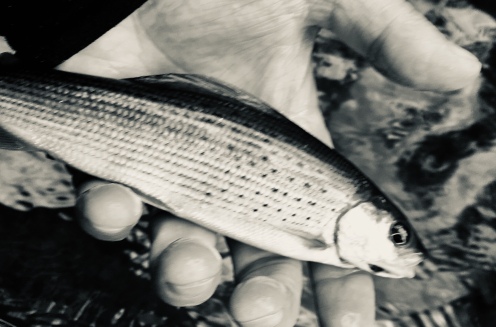 I select a small emerger with yellow ribbing. My first two casts are accurate enough but prompt no action. On the third I connect with a fish that is indeed a small grayling. Over the next couple of hours I cast to six fish I see rise and catch four of them. All small grayling, 10 inches being the largest. That’s 66% success rate, probably better that I ever achieved in a statistics exam – never my best subject.

As the sun disappears behind some menacing looking clouds it gets quite cold and unlike this morning I’m wishing I had an extra layer. In just a few minutes the sky looks like rain is threatening but nothings falls as the wind picks up a little.

I stroll upstream stopping at likely pools and change the pattern and size of the flies as fancy takes me. I don’t see any further surface activity, but I do rise and catch two more grayling to a small Adams. I’ve managed six more fish to a dry fly this season but unfortunately I see no trout today. They are probably gorging on nymphs in the deeper water when my imitations are in the car boot!

As I head back, in no particular hurry, the sun emerges again and it looks like a pleasant evening is on the cards. It takes no time at all for the sun to warm me up and I make a few final speculative casts in the hope that a trout is paying attention.

I find small grayling can be hard to hook up so I’m pleased to get my eye in again with the dry, but it’s not much consolation for not seeing a trout.

Driving home I think about the Monnow Social next weekend and wonder if we’ll get good weather. After dinner I decide to prepare as best I can, so I open a bottle of red. That should do for a start…. 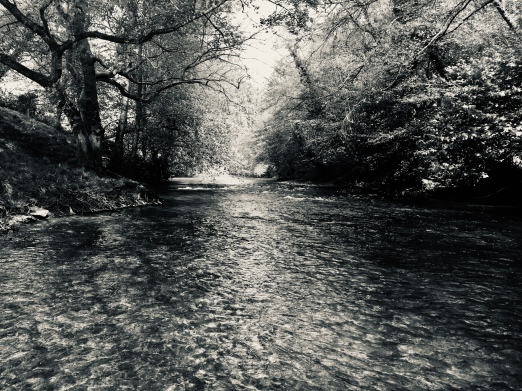